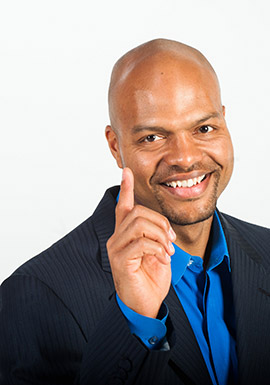 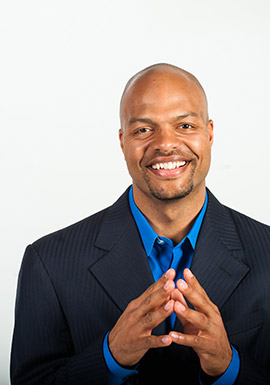 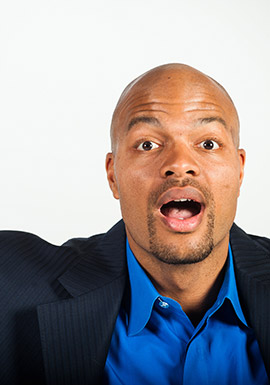 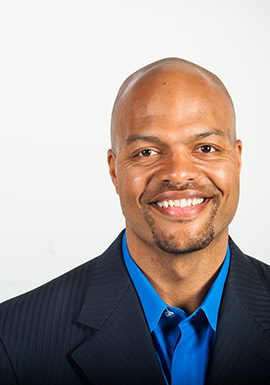 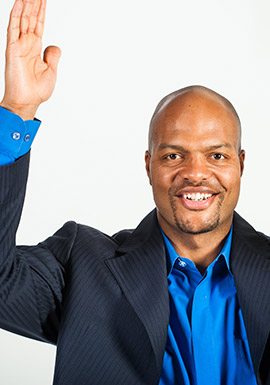 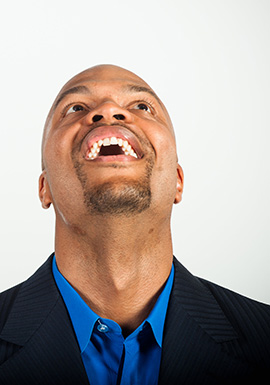 Terrence's six years in the NFL and his college career with NC State football have prepared him well for managing Holt Brothers Construction. In his role, he is focused on creating and communicating the mission and vision of the company, executing the game plan, and building a great team.

Under his leadership, the company has tripled in size, and revenue has consistently grown. The firm's project portfolio now includes the $65 million Critical Public Safety Center in Raleigh and the $35 million Reynolds Coliseum Renovation and Walk of Fame project at NC State.

Terrence serves as vice chair of the Holt Brothers Foundation, on the Board of Directors at the Durham Chamber of Commerce, and on the Durham Sports Commission.

Do you have a quote that you live by?

Check out why Terrence Holt was named an All American during his career at NC State. 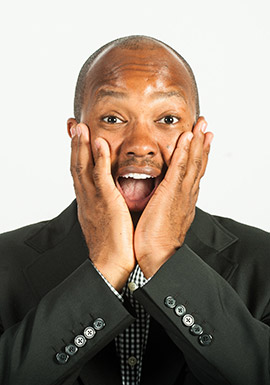 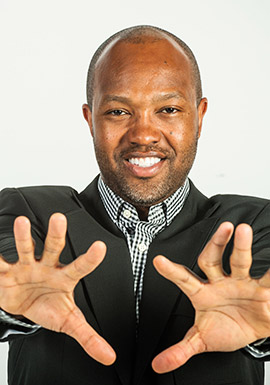 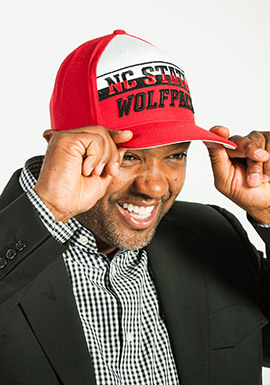 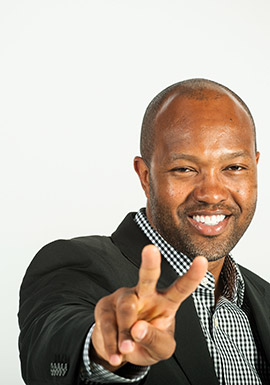 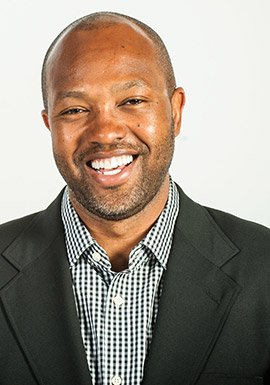 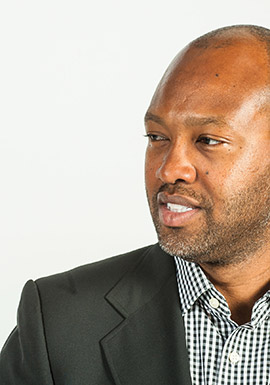 Best known for his remarkable football career with the St. Louis Rams and NC State, Torry Holt was nominated to the NFL Hall of Fame in 2015 and named to the NC State Hall of Fame in 2014. He won a Super Bowl ring in his rookie season and earned the nickname, "Big Game."

Torry also serves as president of the Holt Brothers Foundation, a 501(c)3 that supports children who have a parent with cancer. He is passionate about winning — whether it's coaching his son's football team at Heritage High, or encouraging kids to dream big.

With all your accomplishments, what's next?

I really enjoy broadcasting. And I would love to write music.

Torry is the only wide receiver in NFL history to set this record. Want to know more? 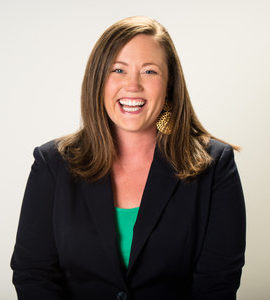 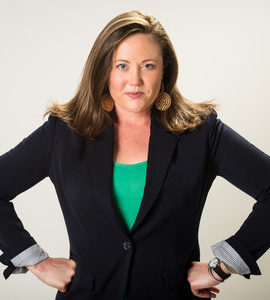 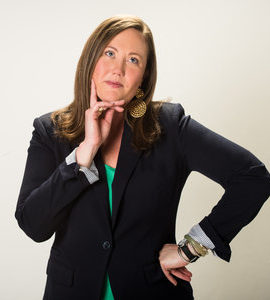 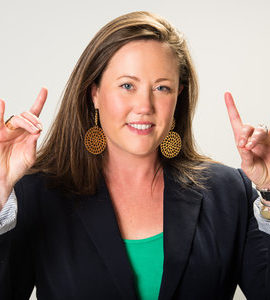 Merritt joined Holt in January 2017, returning to the A/E/C industry after several years in healthcare and law. Raleigh is home (no really, she’s a native) and a passion for community is a big reason for Merritt's success in marketing and business development. Merritt serves on the board of the North Carolina Theatre and is co-chair of the Saint Mary’s School Alumnae Council. She is a Past President of the Society of Marketing Professional Services (SMPS) Research Triangle Chapter, and a member of the Triangle Chapter of the American Marketing Association. Merritt received a Bachelor of Science degree in business management from NC State.

Dogs! I’ve had a dog in my life since the day I was born and can’t imagine a home without one. Currently residing with us is Shadrach Dupree, a rescue lab pit mix that was trained in the prison system (ask Merritt about it!)  and George, a 23-pound French bulldog. You can guess who’s in charge. 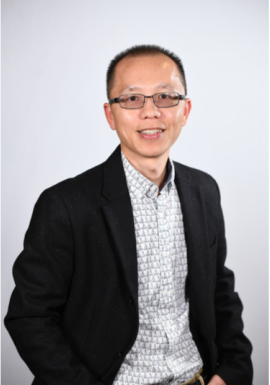 Hailing from beautiful (and cold) Chicago, Meesay has over 16 years of experience in the construction industry. He started his career as an intern and moved up to Director of Preconstruction, working for 14 years at one of Chicago’s oldest and largest general contractor firms. Meesay has a diverse background working on many different project types including commercial, retail, office, transportation, schools and affordable housing. 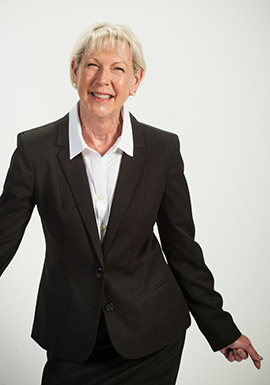 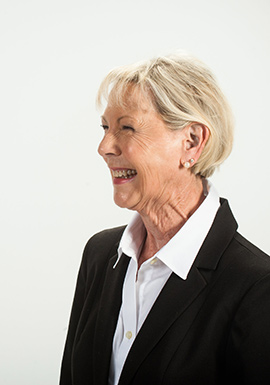 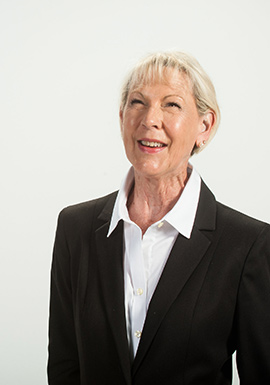 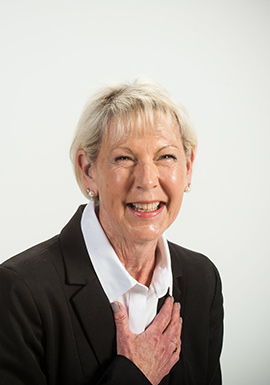 Debra supports our team by organizing office operations and procedures, preparing payroll, and managing all aspects of bookkeeping — including payables, receivables and job cost. In addition, she provides historical reference by defining procedures for retention, protection, retrieval, transfer and disposal of records.

Debra brings 25 years of experience to Holt Brothers. Previously she worked for A&M Construction, where she served in the same role. Debra earned her Bachelor of Arts degree from the University of North Carolina at Chapel Hill.

Hands down the beach! There is nothing I love more than sitting at the water’s edge, feet buried in the sand, feeling the waves wash by and long walks on the beach. Just hearing those pounding waves, breathing in the salty air, relaxation…ah, pure bliss!