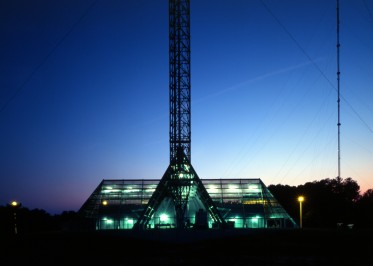 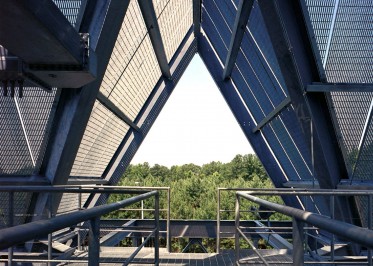 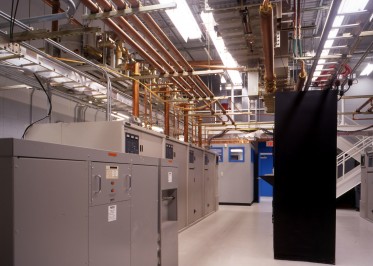 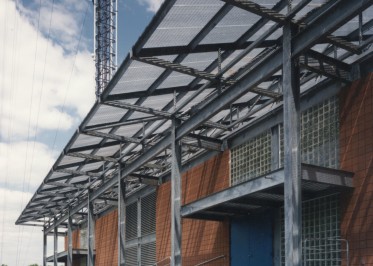 Steel beams, netting and grating panels lend an air of drama to this transmitter building. But the industrial features also serve an important function – they house the transmitter equipment for five of the Triangle’s six commercial television networks.

The massive steel structure was designed to protect the transmitters from weather hazards, including “ice missiles” that can fall from the 2,000-foot tower and guy cables during winter storms. This actually occurred in 1989 when transmitter buildings and accompanying towers were severely damaged during an ice storm in the Triangle.