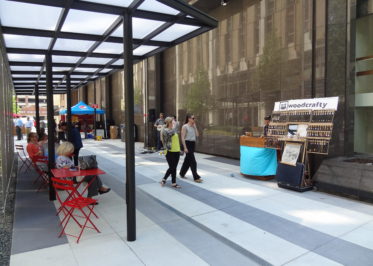 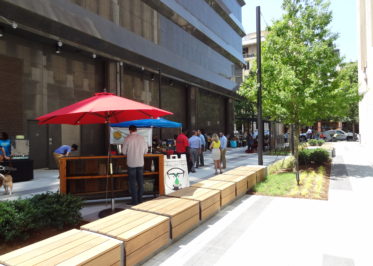 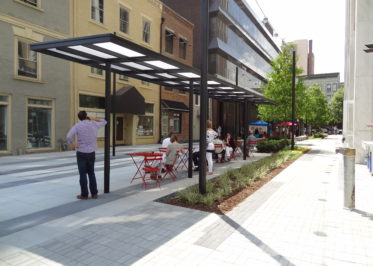 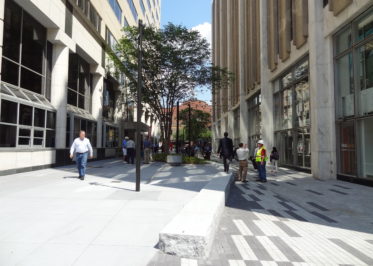 The plazas are designed as a cohesive whole with a similar look and feel, but also feature distinct elements that give each space a unique use. Market Plaza’s improvements allow for pop-up retail and Exchange Plaza’s improvements incorporate a business and restaurant flair. Both provide increased visibility through the spaces with trimmed-back greenery and stainless steel overhead LED lighting suspended via aircraft cable.