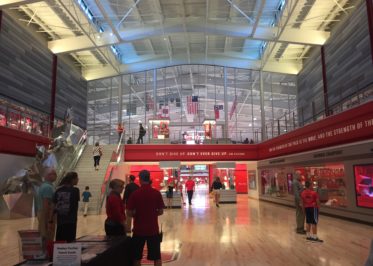 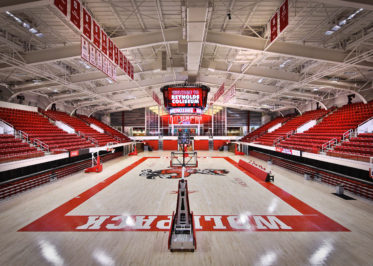 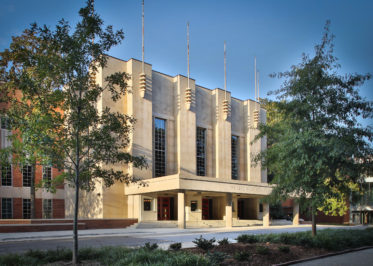 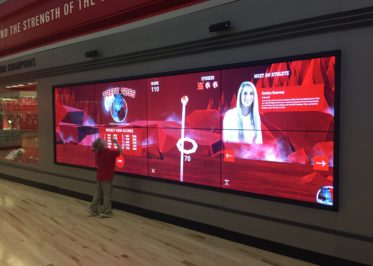 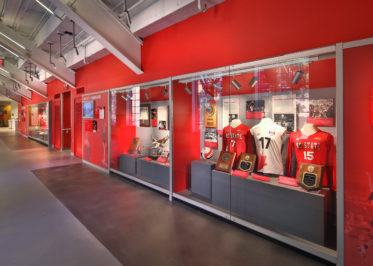 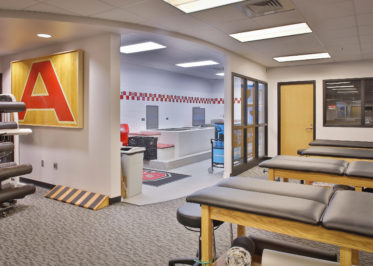 Since it was constructed in 1949, Reynolds Coliseum has not had a major makeover. That changed in 2016 with the completion of this $35 million renovation project. “We didn’t want to drastically change the building, but update it for modern uses, to provide a contemporary feel but not lose sight of its history,” said University Architect Lisa Johnson. During the renovation, air conditioning was added for the first time. Classrooms and offices were also updated and elevators and new windows were added. Reclaimed flooring was used from the basketball court on the first floor and in the restrooms and women’s basketball coaches offices on the second floor. Eight new AHUs were added in the basement, along with minor updates for storage space. New mechanical flooring, ticket booths, and telescopic seating were added as well. The exterior got a facelift too. This ensured the building flowed with the adjacent Talley Student Union, while still maintaining the building’s 67-year history.

In addition to being the home of the Wolfpack womens basketball, gymnastics, volleyball, wrestling, rifle teams and ROTC program, Reynolds Coliseum now houses the new “Walk of Fame.” This space honors Wolfpack athletes and history. This includes a Grand Hallway to house the NC State Hall of Fame with a row of four stainless steel wolf sculptures running up the stairs, multimedia displays of university and athletic legacies, and space for events.

Holt Brothers Construction was a mentor/protégé partner on the CM@R project.