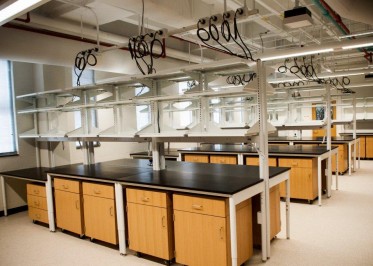 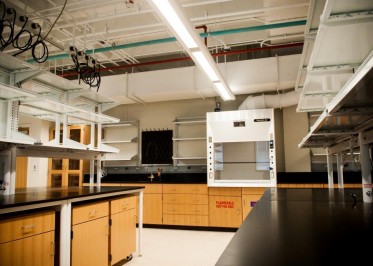 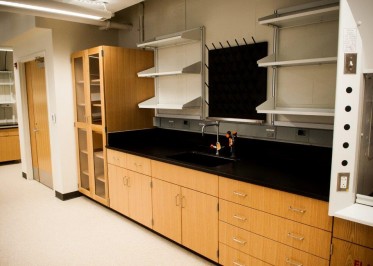 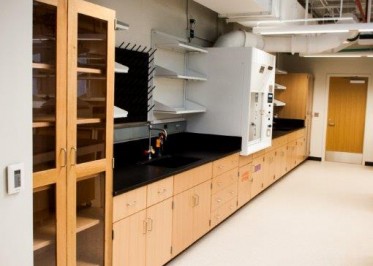 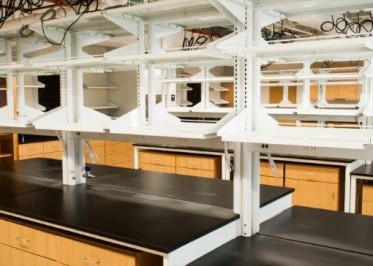 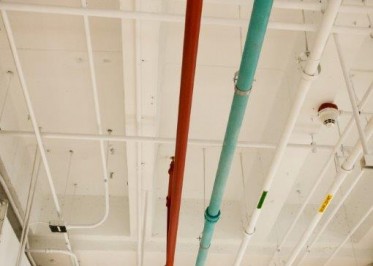 This second-floor office and lab at Thomas Hall on NC State’s North Campus houses researchers from the fields of genetics, microbiology, plant pathology, botany or entomology. Originally built in 1952, the building presented numerous challenges during the renovation including poor access, unknown and aging utilities, and previous renovation work that hid other problems. Additionally, the Holt Brothers team had to work in a fully occupied building, which required consideration of users.

Old acid waste glass pipes had to be removed and replaced. Lots of patching work was done to improve the look of the existing walls, which were held together with metal studs and wire grid with sheet rock on top of it. Door jams, which originally were intended for reuse, had to be replaced due to their condition.

The lab space was totally redone, with $120,000 of the $290,000 allocated for the project spent on the modernization. It now features acid-resistant lab tops, glass racks, electrical plug-ins above the counters, and connections for gas overhead, freeing up valuable counter space. New fume hoods were installed that vent outdoors. Small private offices were updated with fresh paint and wall improvements.