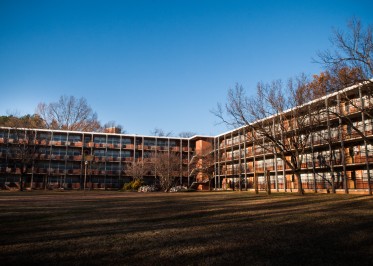 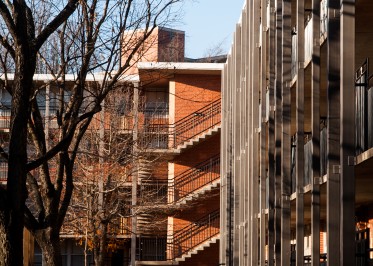 The Bragaw Hall project involved the renovation of 400 rooms over two summer sessions. It was challenging because of the limited time frame – May 15 to August 8, when students return to campus.

Two hundred rooms in the north wing and 200 in the south wing were completed in two phases. The project involved demolition, asbestos removal, new plumbing and electrical, replacement of the fire alarm system, the relocation of sprinkler heads, and new flooring, ceilings, walls and cabinets.

During each phase, all utility and alarm systems had to remain active to protect the life and safety of students living in the other wing of the building. Attention to detail was critical and extra precautions necessary.

The project also was labor intensive and required successful people and schedule management. During demolition, up to 100 workers were on the site, and during construction up to 75 workers. Juggling inspections teams was also required.

“We had to ensure that people weren’t falling over each other. It was a tight site with a tight schedule made more challenging by the $1 million in change orders the client requested. But the renovations were completed in time for the students. Mission accomplished,” said Project Manager Tony Davis.